The Awakening system 2.0, which is available on January 26th after the update, will lower the requirement to awaken commanders and unlock new skills, as well as improving their current Specialization army skills and increasing the commander level limit from level 60 to level 80. All materials (tokens and Books of Wisdom) that you have used to awaken commanders before the awakening system 2.0 will be RETURNED, and WILL NOT REQUIRE EXTRA materials as you did in the previous awakening system 1.0. The interface is also optimized and Commander Sheila will be open to being awakened on January 27th. Read on to learn more details. 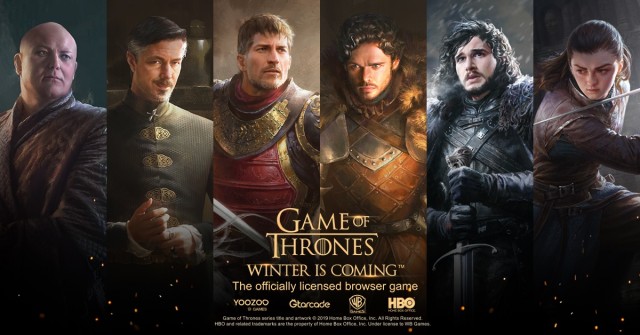 A Green Quality Commander Can Also Be Awakened

A golden quality commander is not necessary to activate the first skill of a commander in awakening any more.

You are able to awaken him/her to 1 star if you have a green quality commander in awakening system 2.0; 2 stars will require a blue quality commander, 3 stars a purple one, and 4 stars golden quality. You still have to clear Weirwood Tree Trial 5-1, own a certain number of tokens and Books of Wisdom if you plan to awaken a commander.

The awakening system 2.0 grants commanders extra buffs on Specialization skills (both active and passive), and increases the max level of commanders, and unlocks much greater skills.

After being awakened to 1 star, the commander will deal a 20% MORE DAMAGE when casting the active Army Skill and can be leveled up to level 65 (with 140% more damage and a max level of level 80 after activating 4 stars). When in 3 stars, the Enhanced Specialization skills will be 1.6 times the original (instead of +20% in the awakening 1.0), and the TOTAL AVAILABLE bonus that you could gain in passive skills will not be less than the awakening system 1.0.

Take Annie as an example. After being enhanced to 1 star, Annie will gain a 20% buff when casting her Active Army Skill; she gets a 2s cooldown time reduction in the Active Army skill, friendship +1 star, and commander level cap being lvl70 after being awakened to 2 stars. Players can upgrade her to level 80 and unlock a new skill “Hurricane of Wisdom” after awakening her to 4 stars, which will directly defeat 4% of the target’s currently-deployed troops (defeated troops cannot exceed 4% of Annie’s currently-deployed troops) when casting an Active Army Skill.

Start Fresh and Materials Will Be Fully Returned

In order to ensure that commanders gain more buffs and unlock better skills in the awakening system, all lords and ladies will be sharing the same progress after the update and choose freely to awaken their commanders.

All materials (tokens and Book of Wisdom) that you have used to awaken commanders before the awakening system 2.0 will be FULLY RETURNED. All lords and ladies will surely be able to awaken the commander with the same total amount that they have used in the previous awakening system 1.0. The Awakening system interface has been optimized and simplified so that players can better understand it.

General Tokens of different qualities and Books of Wisdom will be sent back to you via in-game System Mail after the version update on Jan. 26th. You can start fresh with these General Tokens and plan your awakening of commanders.

Commanders that are currently available to be awakened: Seg, Soren, Chirs, Laena Waters, Annie, Robb Stark, Raymond, Gorell, Jon Snow, Theon Greyjoy, with Sheila to be opened on Jan. 27th. Don’t forget that you can obtain Sheila medals through Weirwood Tree Trials and convert them into Sheila tokens.

Plus, General Tokens can be obtained directly through different ways like VIP Shop, Amethyst Shop, Westeros Pass, and Weirwood Memories. You can check out all the general tokens and commander tokens that you have and convert them in the Inventory tab in Commander Panel. Books of Wisdom that are used to enhance the skill can be dropped randomly from Level 4 and Level 5 Rebel Camps, and be purchased in Diamond Shop and VIP Shop.

Here we list some of the frequently asked questions about the awakening system 2.0, please check them out below.

Q1: I have fully awakened Jon Snow to 4 stars in awakening system 1.0. Can I still awaken him to 4 stars with the materials that you return? Or will it require more tokens and Books of Wisdom to awaken him?

A: You can awaken him to 4 stars after the update with the same amount of materials that you have used. It won't require more materials than before.

Q2: Will you return General Tokens or Commander Tokens via system mail?

A: General Tokens of different qualities will be returned to you, as well as the Books of Wisdom. You can use General Tokens at your disposal to plan your awakening.

A: Yes, you can. Robb Stark can be awakened. It's been added in the announcement.

Q4: If commanders can be level up to lvl80, then how many troops can be sent out to fight for 5 x lv80 commanders. Also, max defense troops for one castle is 12,000,000 currently, is it possible to enlarge the max defense amount too?

A: If a commander is leveled up to level 80, he/she can be promoted to Rank X, which will enlarge the regiment size greatly. As for the actual amount, please check the details in the in-game panel after the update.

Q5: Do I have to upgrade the commander to level 80 to awaken him/her to 4 stars?

A: No. If you have a golden quality commander and have enhanced the previous skills, you can activate him to 4 stars. After activating commanders to 4 stars, the max level of the commander is increased to level 80.

Q6: Will the commander increase attributes after leveling up to lvl 80?

A: Yes. As long as the commander level is upgraded beyond level 60, the attributes will be increased.

A: No. The cap for the lord level remains at level 60.

Q8: Will the commanders go beyond level 60 in Tavern?

A: No. The cap for commander friendship level remains at level 60.

Q9: We have friendship+1 star and specialization passive skill++20% at level 2 and 3. Will it remain the same in the new system?

A: On the one hand, the friendship +1 star and specialization passive skill +20% buff will still exist in the new system, and you can obtain these after awakening commanders to the required stars. On the other hand, the friendship +1 star and specialization skill +20% buff that you already gained in the awakening system 1.0 will be reset after system 2.0 is online. When in 3 stars, the Enhanced Specialization skills will be 1.6 times the original (instead of +20% in the awakening 1.0), and the TOTAL AVAILABLE bonus that you could gain in passive skills will not be less than the awakening system 1.0.

You can use the tokens and Books of Wisdom to awaken commanders to get the buffs you like in the system 2.0.

*Please note that the above content might be adjusted due to the change of the development plan. Final updates will be determined in-game.